This area appears to be fine, but infrared detects missing insulation

Infrared detects a major leak at radiant heating. System must be abandoned.

Infrared detects all sorts of inefficiencies at this gable (attic) ceiling

You see a wall that appears fine, but infrared detects Termite activity

It's impossible to inspect radiant heating coils without my infrared camera

This siding looks great, until I detect major moisture intrusion with infrared

Can you see anything wrong, visually? Infrared detects a leak under jacuzzi

Here's what my clients say about me... (Press F5 on your keyboard for additional testimonials)

My husband and I hired David to do an IR scan on a home that had radiant heat installed in the late 1950's. This type of heating system would not be able to be inspected as it was on a slab home. The IR scan performed by David had the ability to take pictures of the heating system through the IR scanning technology. David was able to see that the radiant heating system was not working property and that it needed to be replaced. If it wasn't for David, we would of never of known of the issues with the radiant heating system. I highly recommend his services for home inspections as the IR scan can also let you know what is behind walls (leaking pipes, improper insulation, etc.) 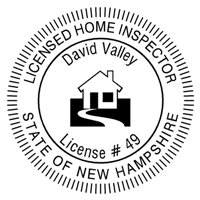